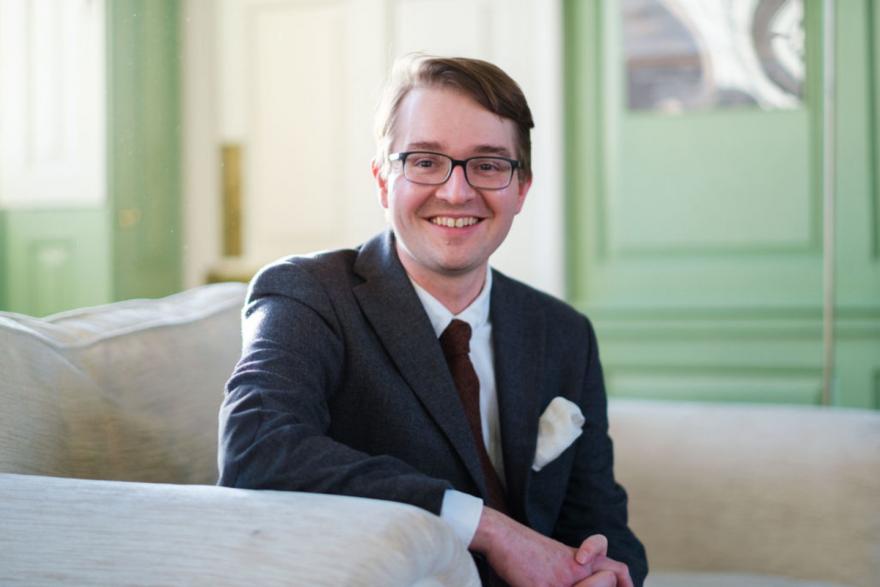 The Rev'd Dr Mark Smith is responsible for the life of the College Chapel, and has a pastoral role among all members of the College community. He is also Clare's Director of Studies in Theology, and a College Tutor. Mark is a priest of the Church of England and was himself a student at Cambridge, reading History at Peterhouse. He lectures in patristics at the Faculty of Divinity, and his academic research focuses on the history and doctrine of the fourth and fifth centuries. Mark is married to Phillippa, and they have two young daughters. In his spare time, Mark enjoys playing cricket, snooker and pool. His rooms are in E3 (Old Court), and he can be contacted on mss53@cam.ac.uk. 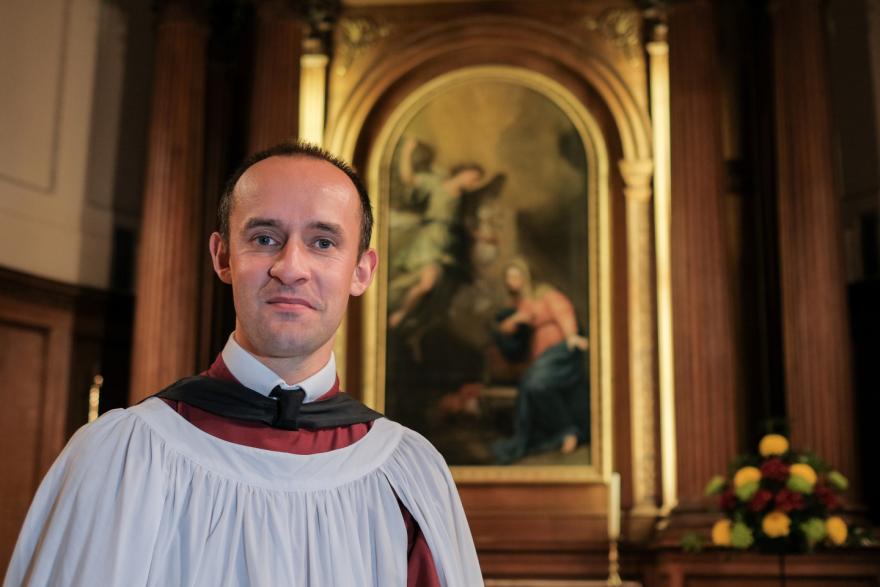 The Director of Music

Graham Ross oversees all practical music-making in the College, teaches conducting on the MMus Course and supervises for the Music Tripos. He has established an exceptional reputation as a sought-after conductor and composer of a very broad range of repertoire. His performances around the world and his extensive discography have earned consistently high international praise, including a Diapason d’Or, Le Choix de France Musique and a Gramophone Award nomination. He is Principal Conductor/co-founder of The Dmitri Ensemble, and, since 2010, Fellow and Director of Music at Clare College, Cambridge. In demand as a regular guest conductor in the UK and abroad, his recent collaborations have included the Orchestra of the Age of Enlightenment, Aalborg Symfoniorkester, Australian Chamber Orchestra, London Mozart Players, Malaysian Philharmonic Orchestra, London Philharmonic Orchestra, Salomon Orchestra, Aurora Orchestra and Haydn Chamber Orchestra. In recent seasons his work has taken him to Sydney Opera House, Washington’s Library of Congress, Notre Dame Cathedral, Palestine, Asia and throughout Europe. He has conducted many world première performances and recordings, including works by James MacMillan, Judith Bingham, Giles Swayne, Imogen Holst, Nico Muhly, Brett Dean, Gabriel Jackson, John Rutter, Matthew Martin. He may be contacted on gr267@cam.ac.uk or tel.: +44 (0)1223 333264. 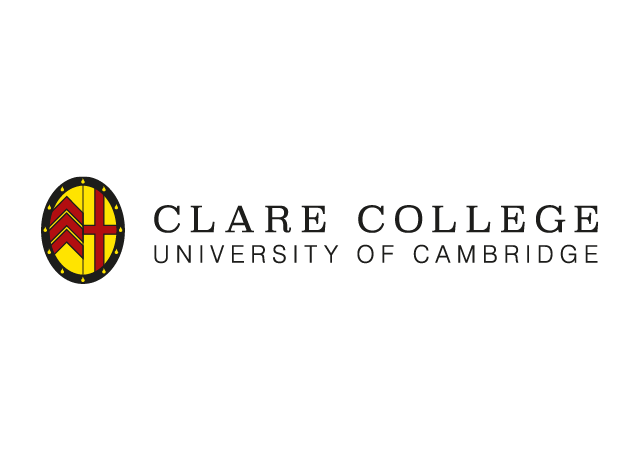 Head of the Chapel Office

The Head of the Chapel Office is Gabrielle Bell. Gabrielle read Education and Music at Homerton College, Cambridge and began her career as a classroom teacher and school music co-ordinator. She frequently sang with the late Dr. Rex Walford OBE, presenting workshops and performing programmes about musical theatre, including regular courses at the University's Institute of Continuing Education.

After many years of teaching music to all ages, she was lured into the world of Museum Education where her award-winning creative approach to learning ranged from piecing together a life-size cuddly equine digestive system to teaching six-year-olds to sing a C17th Catch!

Gabrielle is delighted to have returned to her University roots as part of the Clare College Chapel Team and can be contacted about routine Chapel matters at gjb62@cam.ac.uk

The Decani Scholar is Hannah Fytche.

Hannah Fytche is a PhD student in New Testament Theology, researching the image of ‘the body of Christ’ and how this helps us to understand individual and community identities.

Hannah has been a part of the Clare Chapel community since coming up to Cambridge in 2015. Following four years as a student here, Hannah worked full-time for St Andrew’s Church, Chesterton, before returning to Clare to begin her PhD in 2021. Chapel life is a constant joy to her, providing beauty, rest and friendship through all the ups and downs of a Cambridge term. She loves that people with different backgrounds and experiences can all come together and make this Chapel their community.

Alongside study, Hannah loves the occasional crafternoon (‘craft afternoon’!), exploring the Cambridgeshire countryside, and reading good books. As Decani Scholar, Hannah is available to students for a chat at any time and can be contacted on hrf24@cam.ac.uk

Helen Southernwood, the Choir Administrator, is a Soprano who grew up in Cumbria, singing with several local choirs. At 16, Helen attended Chetham's School of Music as a first study singer where she studied voice with Margaret McDonald. After Chetham's, she went on to study Music at the University of York in 2018. Throughout her degree she has performed regularly with various ensembles both in and out of York, including the 24 directed by Robert Hollingworth, Chimera Contemporary Music ensemble, the Yorkshire Bach Choir, Kantos Chamber Choir and the Charles Wood Festival Singers.

During the pandemic Helen took a year-long internship in Belgium at the British School of Brussels. This past year having returned from Belgium, Helen has enjoyed being one of the HeartEdge Manchester Choral Scholars, directed by Andrew Earis, with whom she has recorded several services and workshops for the Church of England online services and for the BBC as well as performing at St Martins-in-the-Fields in a joint concert with I Fagiolini and the English Cornet and Sackbut Ensemble. She also held the soprano choral scholarship at the York Oratory during her final year at the University. In addition to singing, Helen also has enjoyed producing operas for the University of York Opera Society and administrating for different choirs within the university, including The 24.

She can be contacted at hs694@cam.ac.uk.

Samuel Jones is in his third year studying Music. He started playing the organ whilst at the Royal Grammar School, Guildford  where he gained valuable experience accompanying the Chamber Choir at venues such as Keble College, Oxford and St. Paul’s Cathedral. In the Sixth Form, he was appointed Organ Scholar of the Chapel Royal, St. James’ Palace, London where he had the opportunity to play at a broadcast Ballroom Carol Service from Buckingham Palace and at the Royal Maundy service held at St. George’s Chapel, Windsor Castle. After leaving school in 2019, Samuel spent a Gap Year as Organ Scholar at Portsmouth Cathedral, where he assisted in accompanying the cathedral choirs in their 8 weekly services and the Choral Scholars in concerts throughout the year. He also acted as choir librarian and worked in an administrative role at Portsmouth Grammar School. Samuel enjoys performing as a soloist on both the organ and the piano, recently playing works such as Ravel’s Piano Concerto in G. Aside from the keyboard, Samuel also plays the oboe in both a chamber and ensemble capacity.

Daniel Blaze started playing the organ at All Saints Church where he spent two years as organ scholar accompanying the choir and playing voluntaries on the famous Frobenius organ. He went to Tiffin School and was an active member of the music department, running four different ensembles and playing in many more during his time at the school. Since
leaving, he has accompanied the Tiffin chamber choir on their tour to Winchester where he played for two evensongs and a Eucharist service in Winchester Cathedral. He spent his gap year playing for services in Sherborne Abbey for both the Abbey choir and Sherborne School’s choirs. Over the past year, he has also given many performances as a recitalist
including performances of Widor’s 6th Symphony, Bach’s 4th Trio Sonata, and Whitlock’s Plymouth Suite. As well as the organ, Daniel is a keen Horn player, having studied at the Junior Academy of Music with Timothy Ellis. He also enjoys playing Trombone, Jazz Piano, and Singing.

Religious networks in Clare and the University

The University Buddhist Chaplain is Dr Rachael Harris. Rachael can be contacted at rmh1001@cam.ac.uk and is a Fellow of Clare College.