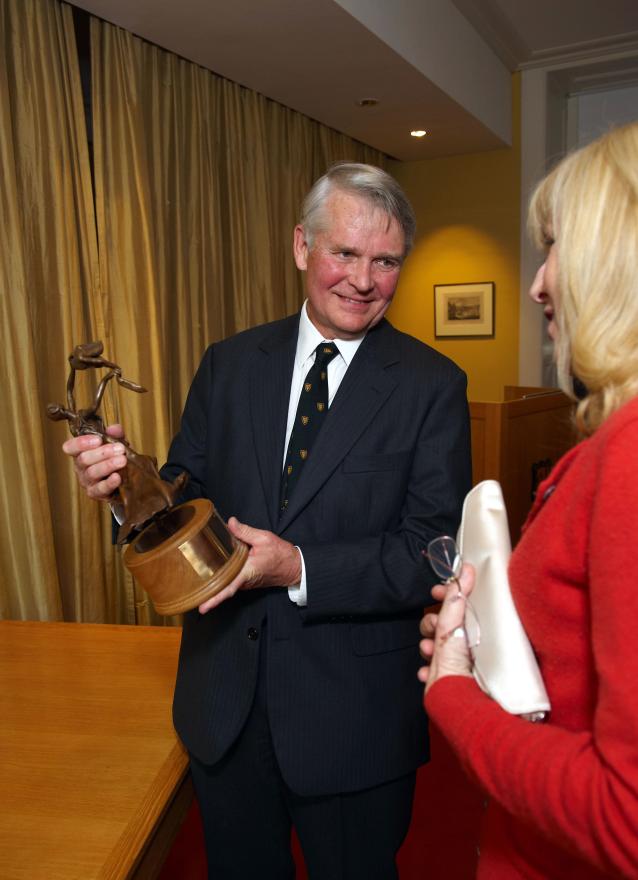 Pictured above: John Thompson receiving the Alumnus of the Year award in 2010.