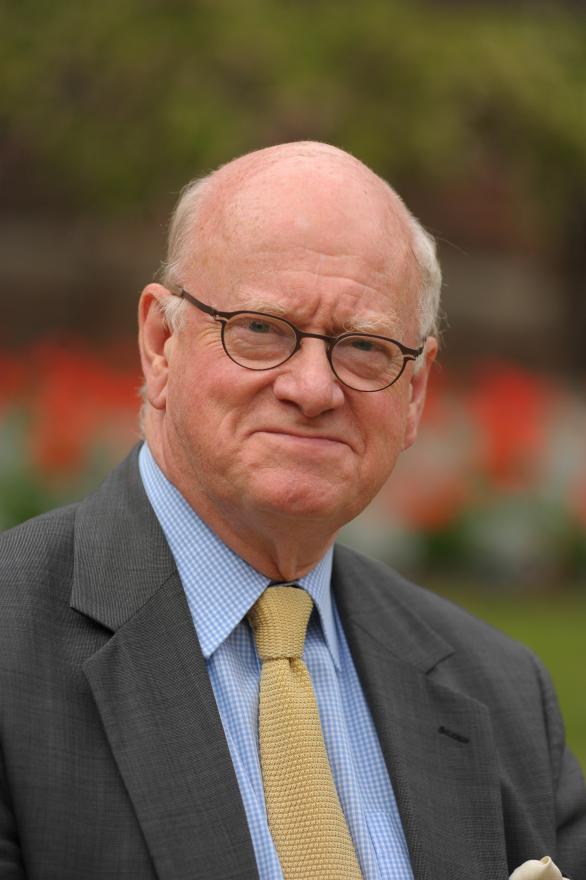 The College is sad to announce the death of Duncan Robinson, Bye-Fellow of Clare, and a leading authority on British art.

Duncan was born in Kidsgrove, Stoke-on-Trent, Staffordshire, the only child of a school teacher who was a war widow, and grew up mostly on his uncle’s farm. He attended King Edward VI School in Macclesfield from 1951 to 1962, and was awarded a Minor Scholarship to read English at Clare College, Cambridge. Upon graduation he was given a Mellon Fellowship to spend two years at Yale University, where he switched fields to study the History of Art. In 1967 he returned to Cambridge as a research student, having married his American wife Elizabeth (Lisa). In 1969 he was appointed as the Assistant Keeper of Paintings and Drawings at the Fitzwilliam Museum and was subsequently appointed Keeper in 1976-81. In 1974 he was elected to a Fellowship and College Lectureship at Clare, and in 1981 returned to Yale as the Director of the Yale Center for British Art and CEO of the Paul Mellon Centre for Studies in British Art, London. In 1995 he returned to the UK to take up the Directorship of the Fitzwilliam Museum, and became a professorial fellow of Clare until 2002, when he was appointed as the thirty-fifth Master of Magdalene College, Cambridge.  He served concurrently as Master and Museum Director until 2007, when he stepped down from the museum in order to devote the last five years of his active career to Magdalene.

Duncan was awarded a CBE in 2008, and served as a Deputy Lieutenant of the County of Cambridgeshire, and as a Trustee of the Royal Collection. He also chaired the Trustees of The Prince’s Drawing School (now The Royal Drawing School) from 2007-13. During his Mastership of Magdalene he helped plan and raise money for a new College Library which opened officially in July 2022.